This is going to be a shorter one, but once again a really impactful lighting project. I'm sorry to have been away from here for much of this year, however when I started this blog I meant for it to be a mediator; a place where I could dive into some different content and invest some time at points where I was not working with my manufacturer partners on larger video projects. The past year and a half has been crazy as I've brought on multiple new manufacturers and taken on more than I ever have before, so there hasn't been time as originally allotted. I really enjoy exploring other topics here, but sitting down to write can take a bit of time, and I haven't even had time to take on the projects themselves lately.


I'd like to start off by disclosing that this post is not sponsored or meant as a specific promotion in any way, I simply used the Kichler product that I have been endorsing for quite some time for this project, so it's fitting as a brand feature. Kichler's LED flush mount disc lights are incredibly affordable, and while the price has increased on the latest generations, the quality has also followed suit. Keep reading for more info on that. These lights have transformed many spaces in my parents' home so far, and today's project was no different.


Let's head back to the beginning. At the garage entry, there was an existing single bulb flush mount light fixture as shown in the photo below. In the adjacent laundry area was an original T12 fluorescent wrap fixture on its way out with failing sockets, sometimes only two of the bulbs would light, etc. I don't have any pictures with that, as I very recently swapped it out with an awesome LED flat panel which is what's in the pictures here. That fixture is from Feit Electric. Feit is not exactly one of my favorite LED providers, but in this case they had a flat panel fixture that did not require an additional bulky mounting kit and was reasonably priced, which was exactly what I was looking for. There are not a great many out there like this that aren't ridiculously expensive. When I go integrated LED, I want decent quality at relatively low cost. Inevitably it will die someday, I don't want a massive investment in a fixture like that. Same reason I choose the Kichler discs. They're great quality for the price point, and I do really trust Kichler LED above many others.


I've been contemplating this entire area's lighting scheme pretty much since we moved my parents in, trying to figure out how to make it better. There's just never quite the light you need in the place you need it, sometimes both the laundry and entry fixtures get turned on for coverage and to see inside the closet, when that shouldn't really be necessary. With the laundry fixture itself finally changed over and figured out, I went into planning the entry area and coverage for the closet. Originally I was just going to do a replacement decorative fixture in the same spot, with more bulbs simply to boost the lumens a bit, but as I thought more about getting some better coverage for the closet I kept going back to the Kichler LEDs. This area doesn't really need decorative, it needs function. Existing in this area was also a battery operated smoke detector. I decided that if I put a light in its location and added another offset a bit from the existing light location, so that it could line up with the third light centered on the closet, I could use the existing light location to eventually tie in a hardwired detector with the rest of the system in the house. I don't do drywall patching, and we're trying to avoid painting the ceilings at all costs, so I was trying to find a use for all of the existing spots where there were holes or marks in the drywall.


I don't have pictures in-progess this time, it's really just before and after. The difference in lumens is amazing, and the space looks much fresher and updated. You can really see how badly this area needs paint with the new lighting! Please excuse that, we're working on getting there! At first I was a little shocked when I opened up the new Kichler fixtures to find that the entire inside setup had been redesigned. This new generation has a much beefier design and a true driver, as well as a different LED array. They're even brighter than previous generations, almost too much light for this space as I planned on them being more like the last generation, but then again there's no such thing as too much light at a utilitarian entry point. As I mentioned earlier, the cost has gone up to about double the cost of former generations, but I think the quality has quadrupled. These are still a great affordable choice, definitely an even greater quality for the price point now. I haven't been able to try them with a dimmer yet, but I'd imagine they're even better than what came before them. For now I mounted the battery smoke detector over the previous light box, I plan to add wired smoke detectors to the two bedrooms that don't have them yet, so that will all be a combined project for another day. This was an incredible lighting transformation that took place in just a few hours, with relatively little investment. As always, projects like this move a bit more into the territory of hiring professionals who know what they're doing for your home, but selecting great affordable products like this on your own can save a lot of cost on the front end.


It's remarkable what a difference good lighting makes in any environment. Take a look at the photos below for back to back comparison. Thanks for reading, and I'll see you again soon! 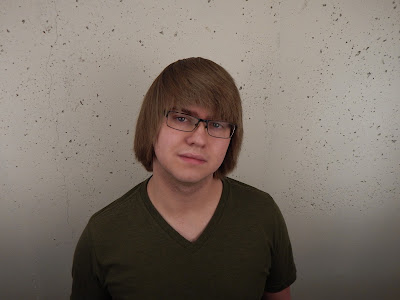 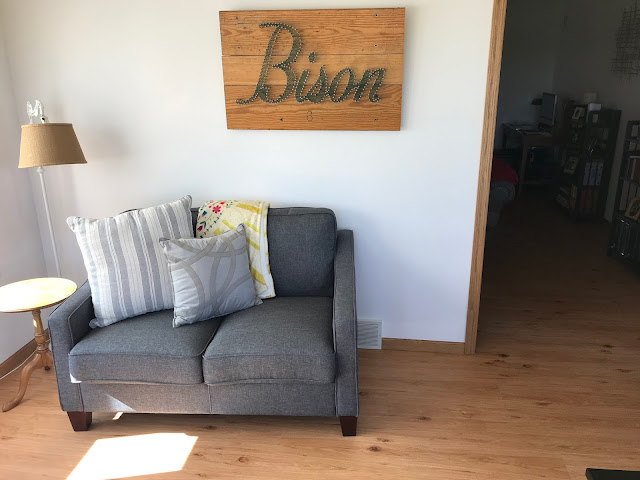